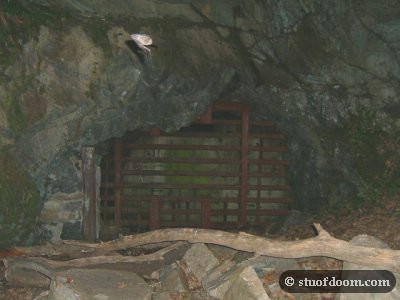 The cave at Hibernia houses roughly 30,000 bats. They’re supposed to make a nightly mass exodus to feed. Well, we sat around the mouth of the cave for a bit over an hour and saw maybe 30. It was getting too dark out, and I wouldn’t have been able to get a picture of it anyway, so we gave up.
The cave was a mine for nearly 200 years. When it was abandoned, bats moved in. A concrete wall and metal grate were put up to control vandalism and trespassing while allowing the bats to freely enter and exit the cave.
There are a good amount of foundations along the trail to the bat cave. 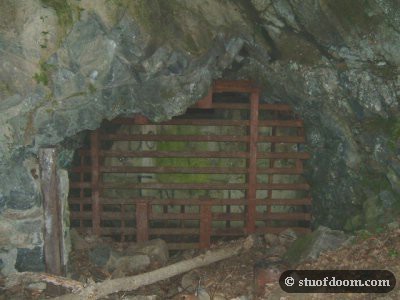 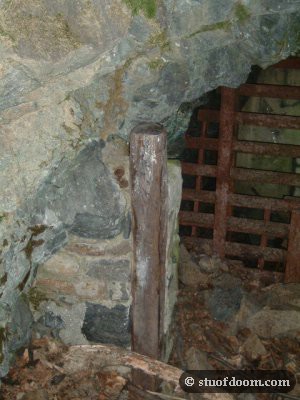 Looks like a piece of an old wall near the front of the cave. 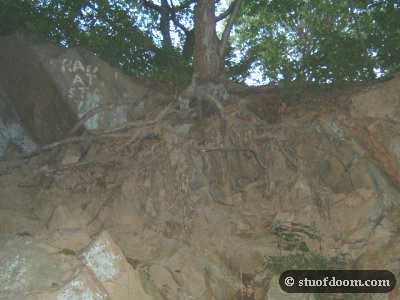 Surprised this tree hasn’t fallen over yet. 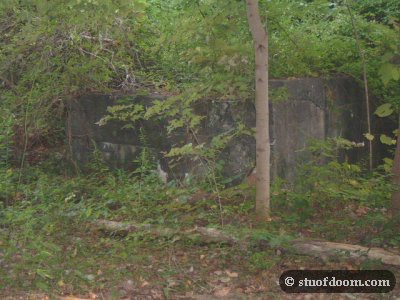 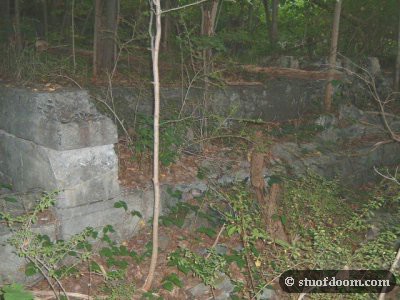 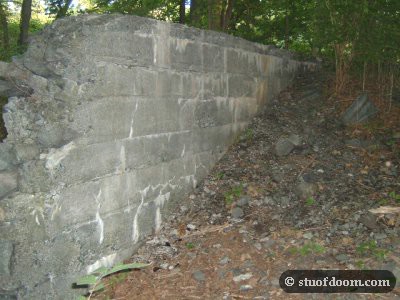 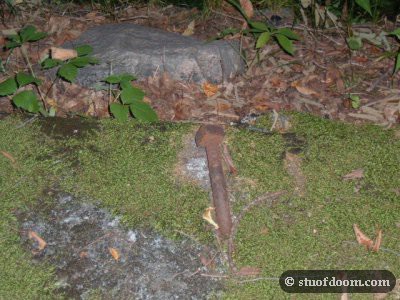 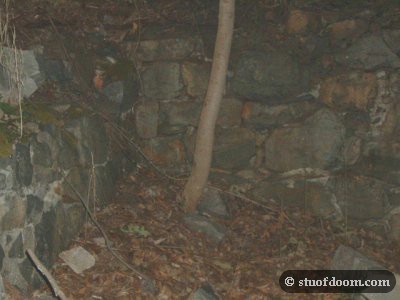 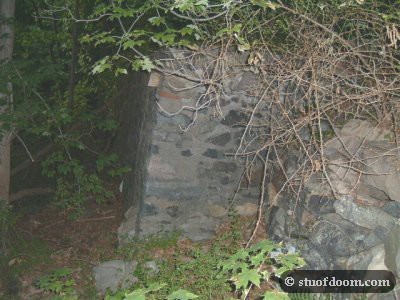