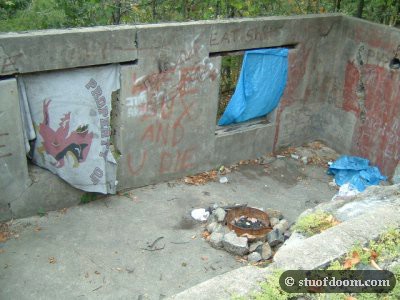 *Note* This is not yet a complete trip. We could not find the fabled “Iron Door.”

Federal Hill was a lookout for Continental soldiers during the Revolution as well as the site of a mutiny. The leaders of the mutiny were eventually forced to be executed by fellow soldiers – an order given by General Washington himself.
But that’s not what makes this place well known among curiosity seekers. The hill was a Bund camp during the WWII years and has many stories of Nazis attached to it. The most famous part of the hill is the Iron Door, which is supposed to lead to several things, including a room full of Nazi memoribilia. I’ve been told the door is now sealed shut.

As noted above, we didn’t find the Door. I got within 180 feet of it, and no matter which way I approached from, I ended up with a cliff in front of me. I guess you have to get to it from the bottom of the hill; we were at the top. Although we didn’t get to the Door, I did find some other interesting ruins. 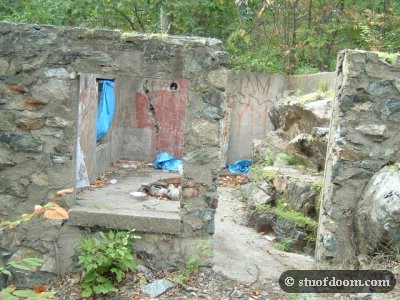 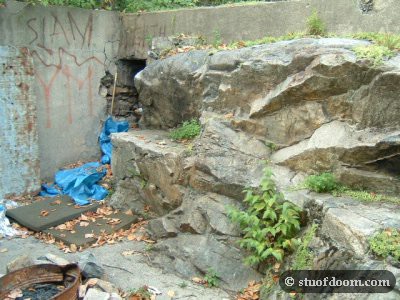 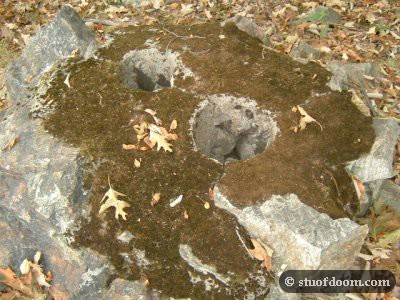 Know what I think these are? Toilets. Seriously.

I hope to get back to the hill sometime soon; it’s supposed to be slated for development. If that happens, I’m sure the Door will be taken down.