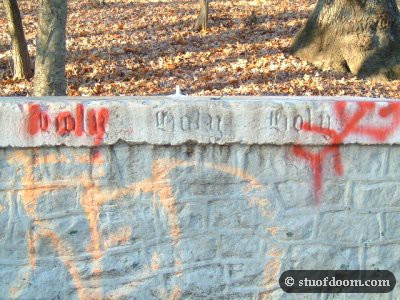 We found this accidentally while geocaching in Mt. Holly. This “altar” is on a hill just off a main road. While we were up there, 2 other people were also checking it out. I asked if they knew what it was for, and the girl said it was a pagan altar. I doubted this was the case. It clearly has “Holy Holy Holy” carved into it. It’s also been badly vandalized, so it’s unlikely that it’s been used recently….by its owners anyway. There are what appear to be some wooden benches not far from it. These are badly weathered though. 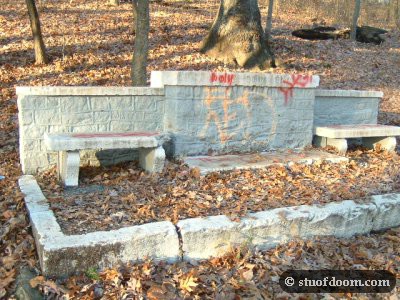 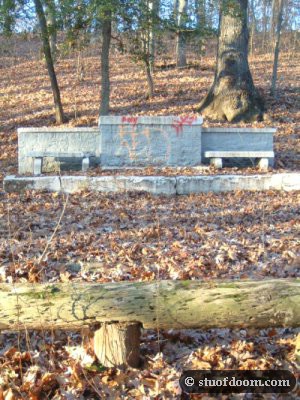 I did some research and found out a nearby church uses the place on Easter. Again, I don’t know if they still do or not judging by the amount of crap written and spraypainted on it. 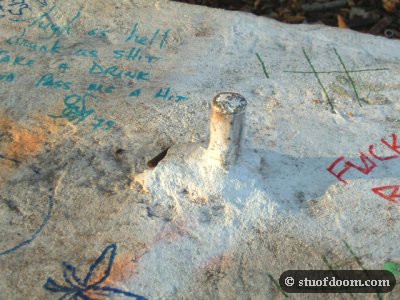 Something at some point was attached to the top. 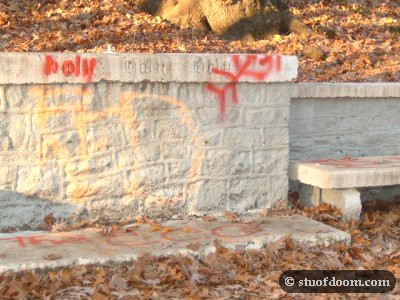 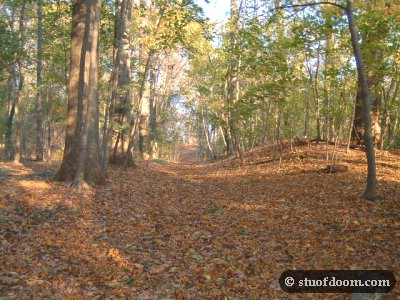 The trail leading up the hill.

There’s supposed to be something nearby known as “the Witch’s Well” too, but I didn’t find it; I didn’t even know about it until I got back home. I’ll have to look for that next time I’m out that way.