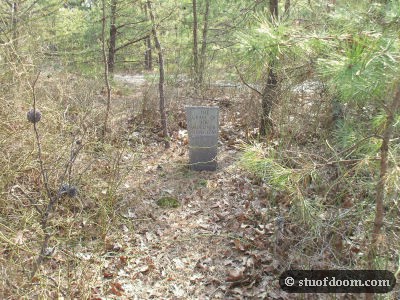 Just about every Piney knows the name Joe Mulliner – the “Robin Hood of the Pines” – who robbed from the rich and, in theory, gave to the poor. He would also rob taverns and, according to some stories, would dance with the women before he escaped. One story that always stuck out in my mind was that his band pillaged a rich widow’s house without his knowledge. They burned down her house and tied her to a tree. Joe soon found out and paid for the reconstruction of her house and, according to some accounts, returned all of her possessions.

Joe’s reign occurred during the time of the Revolution, and he was a Tory. So not only was he a thief, he was a British supporter. Because of this, people really, really wanted to catch him.
It took a while, but one day he was caught in a tavern. He was quickly hanged.

Interestingly, there are 2 grave sites for Joe Mulliner; nobody’s sure which is the true one, if either is. This is the only one I’ve found. Nobody seems to know where the other is, if it even exists anymore.
This stone is in between 2 houses and is just feet from someone’s driveway. It looks like construction was started behind the stone as well. There is somewhat of a path leading up to it, but there are thorns along the way. 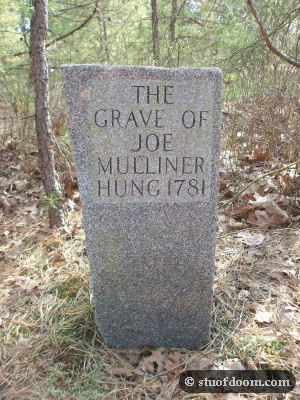 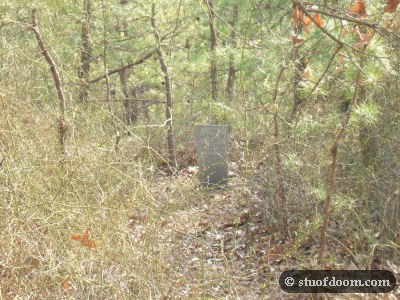