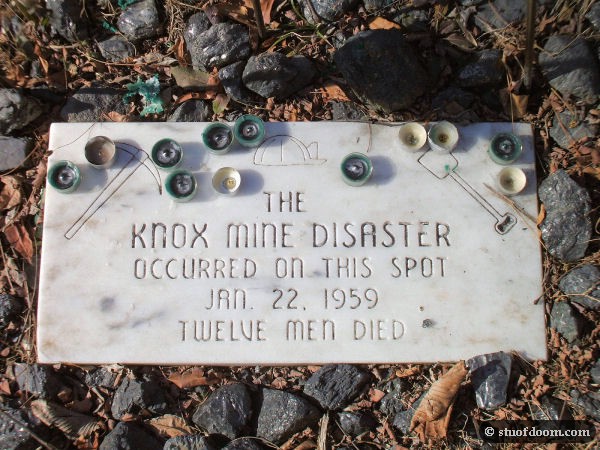 The term “coal baron” exists for a reason.  In 1959, the owners of Knox Mine got greedy and had workers dig within 5-6 feet of the Susquehanna’s river bed; 30 feet is the normal stopping distance.  The river broke through the thin rock layer and immediately began to flood the mines.  Luckily, most of the miners managed to escape, but the twelve who didn’t were never found.  Water poured into the mine so rapidly that a whirlpool was visible on the river’s surface.  Anything within reach was thrown into the river to attempt to plug up the hole, including mining carts.
Today, a small marker can be found along a hiking trail in Pittston, memorializing the disaster and those who were never found.  Farther up the trail is another marker, indicating an air shaft that nearly half the escapees used. 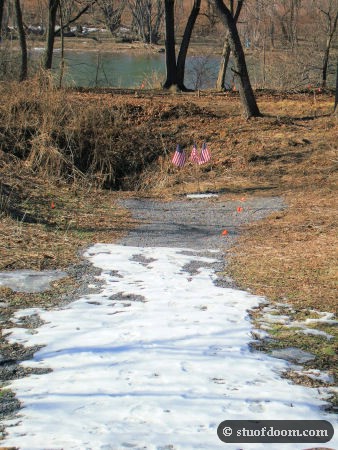 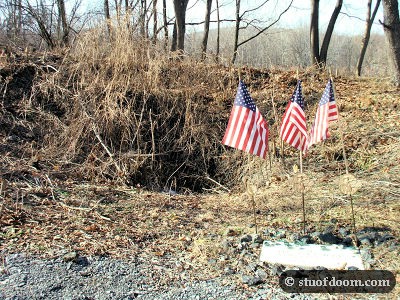 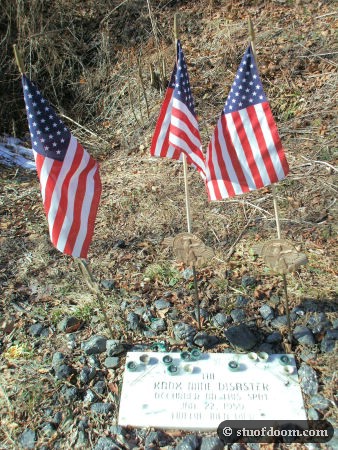 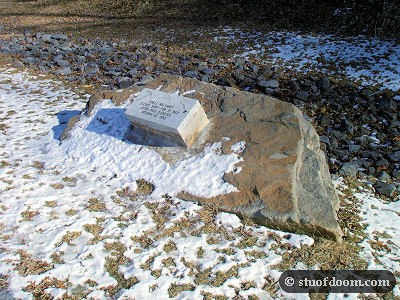 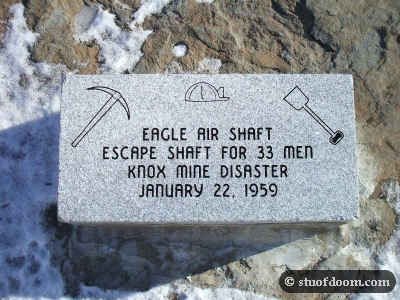 3 thoughts on “Knox Mine Disaster”