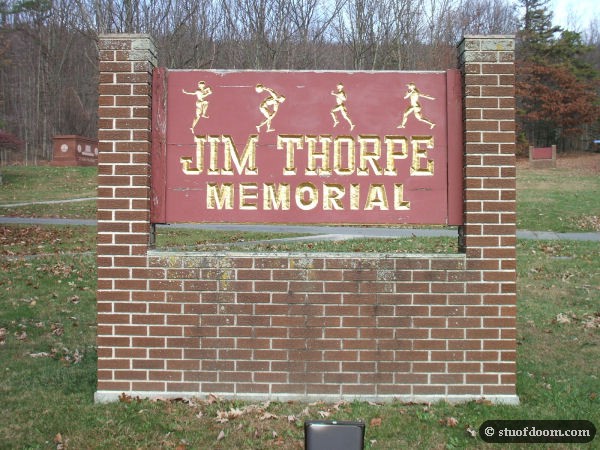 I often looked at maps and wondered why there was a town named Jim Thorpe and just who the guy was. Now that I live only about 20 minutes away from the town, I decided to find out.
Turns out Jim Thorpe was a very prominent athlete in the early part of the 20th century, so prominent that Sweden’s King Gustav V said to Mr. Thorpe at the 1912 Summer Olympics, “You, sir, are the greatest athlete in the world.”

Jim Thorpe died in 1953. Also during this time, the town of Mauch Chunk, PA, was struggling to attract tourists. A deal was struck between the town and Thorpe’s widow. Jim’s remains were moved to Mauch Chunk and a memorial was built for him. In addition, Mauch Chunk was renamed to Jim Thorpe.
There has been controversy over the years because some of his descendants and his home state, Oklahoma, want his remains sent back home.

Jim Thorpe (the man) had an impressive athletic career involving numerous sports, Olympic titles, controversy, and stripping of said titles, among other things. I’m not going to get into all of that here; look it up if you’re interested. Let’s get on to the memorial. 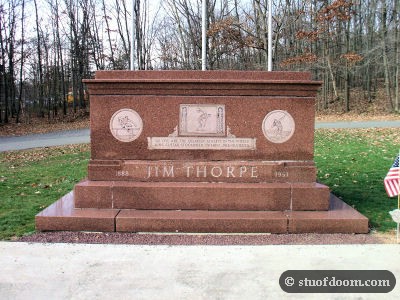 The area of Jim Thorpe’s memorial is decent-sized, but it looks neglected. Some of the signs are showing wear, and I don’t know how popular the spot was in the past, but I’ve driven by it numerous times since my initial visit and have only ever seen one other person there. Jim’s grave is in the middle, and to its sides are a statue of him and many signs telling his history and achievements. 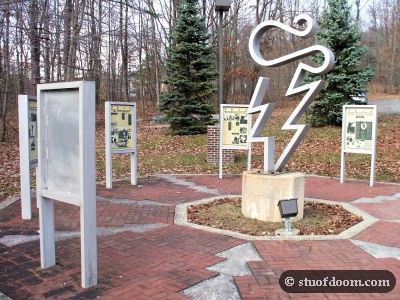 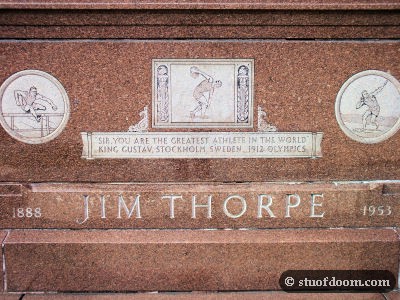 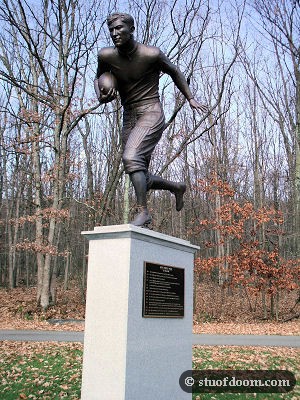 I’m not sure just how effective it’s been as a tourist attraction (from the looks of it not much), but it’s still a quirky roadside attraction.