The name says it all. I put this section together for 2 reasons:

a) I occasionally come across something that’s pretty cool, but it just isn’t enough to get its own page.
b) I have random non-site related but still interesting pics and had nowhere to put them.

So the result is this – One Shots. Think of it as somewhat of an editing room. There is no order; they are posted as I find them. Again, some are somewhat site related, and some aren’t. 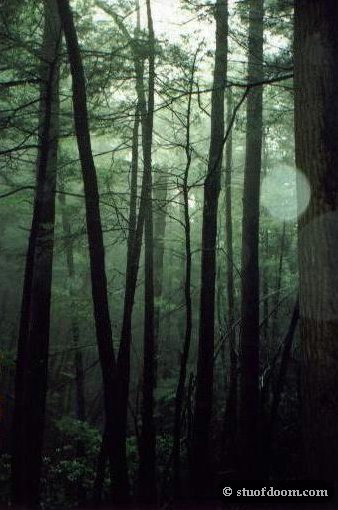 Still my favorite photo. It was taken in Tillman Ravine in Stokes. I have no idea how we got the lighting like that. The ‘orb’ used to annoy me, but now I think it suits the picture. This was a popular hotlinking pic. 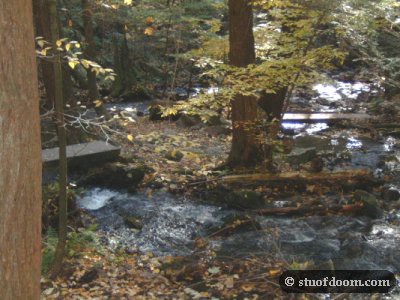 See that island in the middle? That’s where Annie proposed to me. 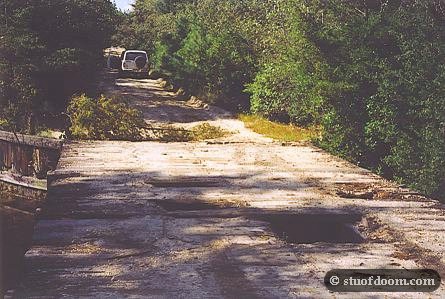 I had just gotten my Bronco II the day before. I was also forced to learn stick in about 3 hours. So what do I do? Take it in the Pine Barrens, of course! I have no idea where I wound up, but this bridge with 2 or 3 large holes was my only way across. I took a deep breath and got that girl up to overdrive.
I’m still not sure how I made it across. 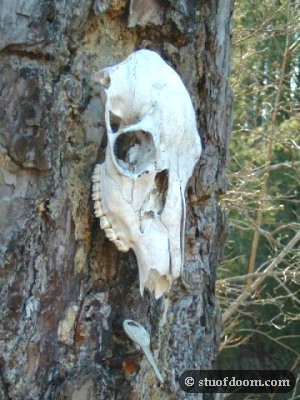 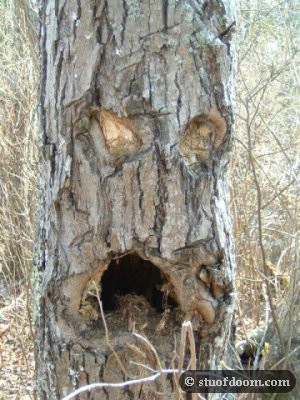 We came across both of these while looking for remains of an old boy scout camp; as far as I know the place is completely gone.
Just look at that; a deer skull stuck to a tree…with a key hanging from it. Almost sounds like something out of a video game. I bet that key opens some treasure chest of doom that’s hidden away somewhere. Or someone’s abandoned Jeep. 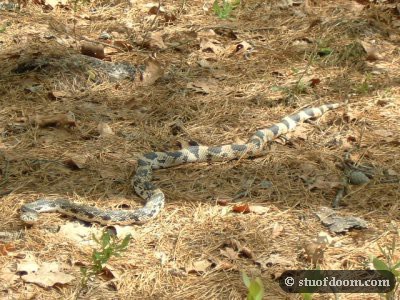 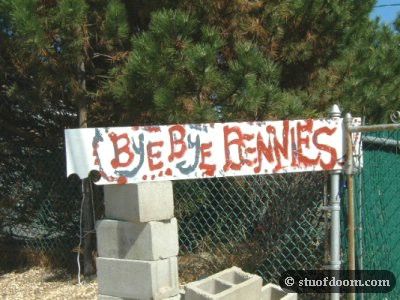 Saw this on Rt. 35 North somewhere in between Seaside and Pt. Pleasant. The week after Labor Day is every shore resident’s favorite time of year. 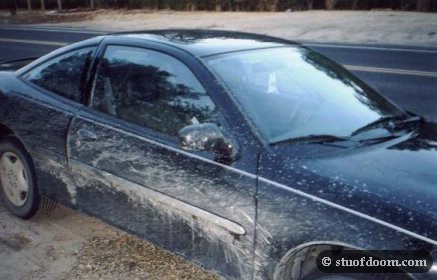 I got bored one day and took my ex’s car through the Pine Barrens.
If you ever read this, I’m the one who cracked your A/C fan. 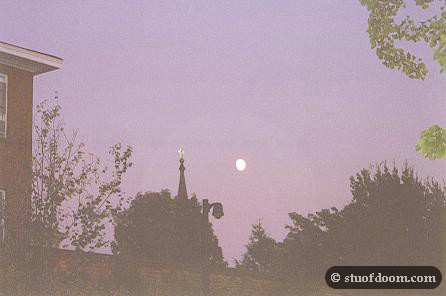 I don’t know why, but this has always been one of my favorite pics. I took it in Salem on our first New England weekend trip. I always liked it but had nowhere to put it. 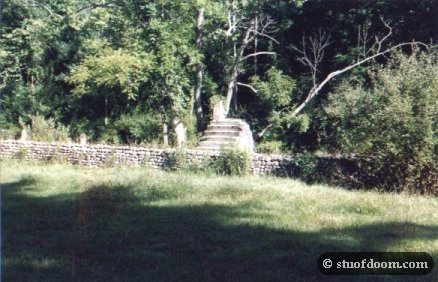 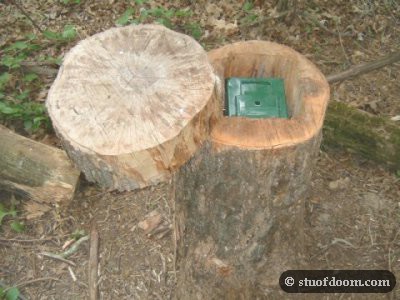 This is the reason I geocache. Once in a while, I find one like this, which makes wading through all the crappy parking lot and other stupidly placed caches worthwhile. 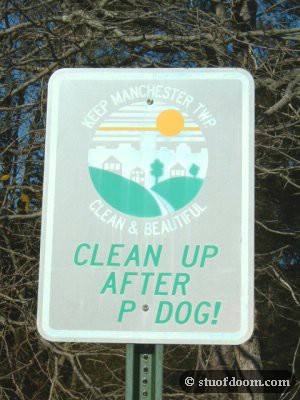 This was pretty funny…..on a 3rd grade level. 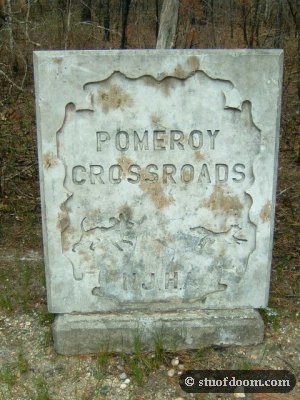 Another site reject – Pomeroy Crossroads. A fox hunter, Donald Pomeroy, was killed here however long ago when his truck crashed into the trees. Don’t know how he managed to pull that off. Yes, Pines fox hunters drive pick-ups during hunts. It’s a marker in the Pines that very few people have seen or know about, but that’s all that’s there. Some more Pines trivia – it’s the only intersection of its kind in the Pine Barrens – 6 dirt roads converge there.
Maybe someday if I’m desperate to update and have run out of things to post I’ll put it up, but the extent of its page would probably be what you’re reading now. 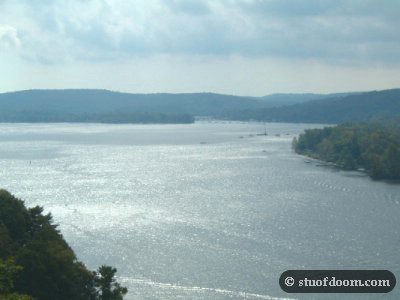 View of the Connecticut River from the top of Gillette Castle. 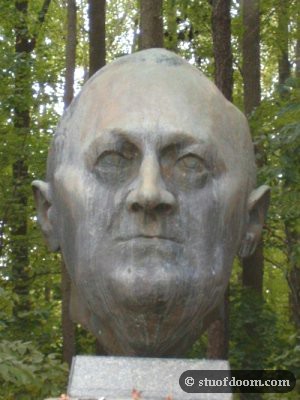 FDR stares into your soul. This is actually on the side of an elementary school in Roosevelt. I’d be terrified to go there if I was a kid. 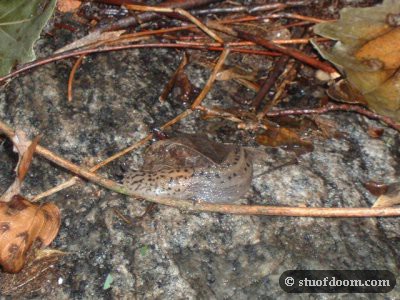 Big nasty slug I found while caching at Fort Mott. 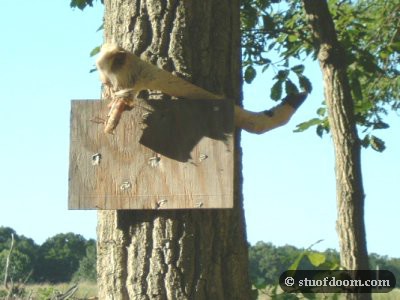 People seem to like playing with deer carcasses. Someone put a leg on top of a sign in Winslow. 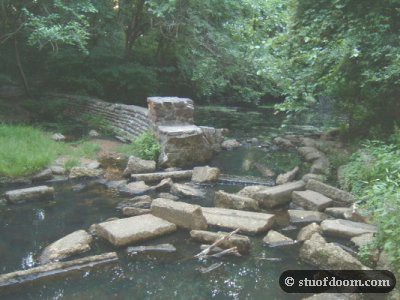 An old dam I found in Berlin. This park was really awesome and the dam itself was a pleasant surprise, but again, it needed more to be put on the site.

I used to deliver newspapers for The Trentonian. I would take pictures of the stupider front covers. This was my favorite. 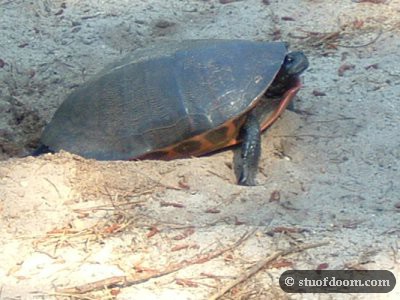 This big ol’ girl was trying to lay her eggs right in the middle of a “major road” in the Pines. I picked her up and moved her, and during the process she pissed all over my feet. 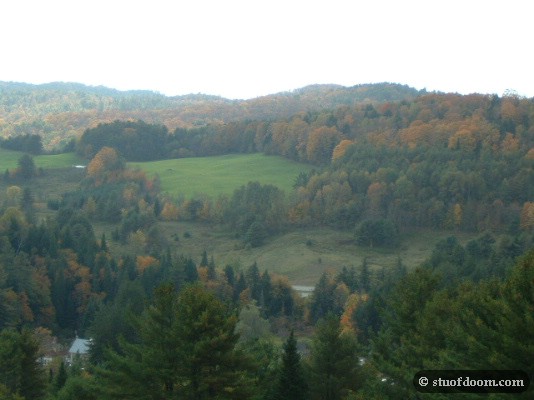 Taken from a hilltop somewhere in Vermont. 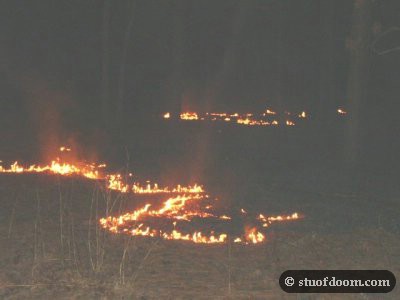 Controlled burning in the Pines; not far from Friendship. 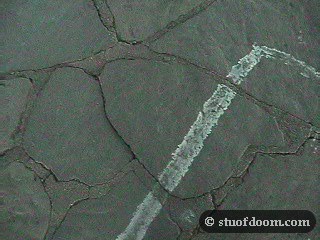 Another site oldie. Can you find New Jersey in the rocks? This is on the floor of a shelter at the top Sunrise Mountain in Stokes State Forest. 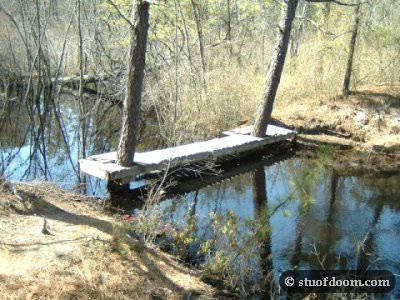 One of my favorite handmade bridges I’ve come across. Built right on the bases of 2 trees. Sturdy too. 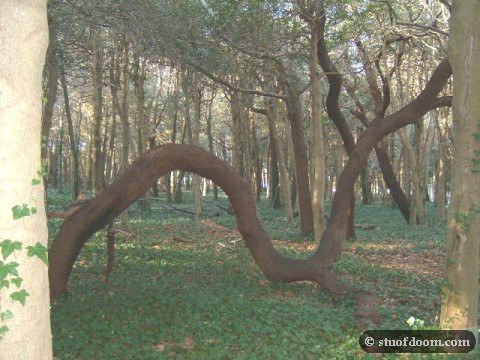 Really wicked looking tree in a park in Sea Girt. 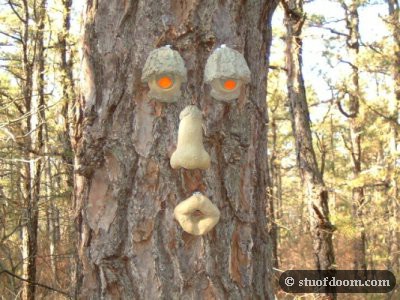 Found this guy not far from Hampton Furnace. It was part of a multi-cache. Not what you normally find out in the middle of nowhere. 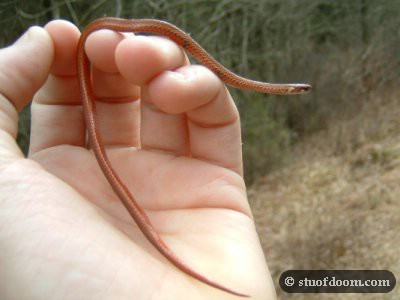 Almost stepped on this lil’ guy while hiking around Double Trouble. 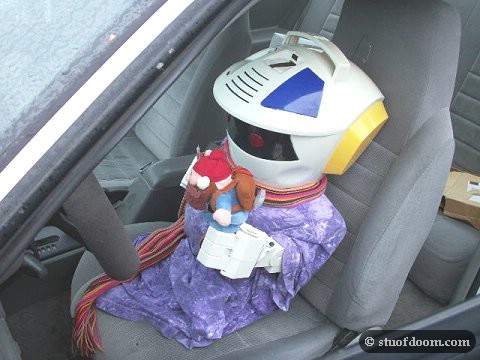 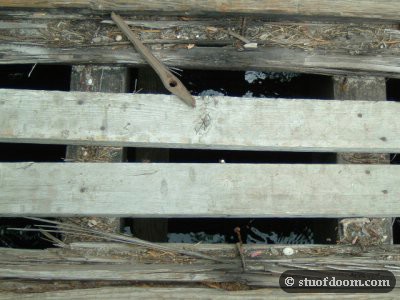 Yet another bridge of death in the Pines. We didn’t drive over this one. 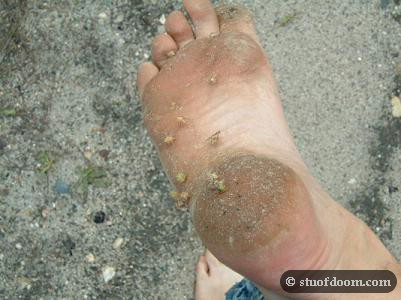 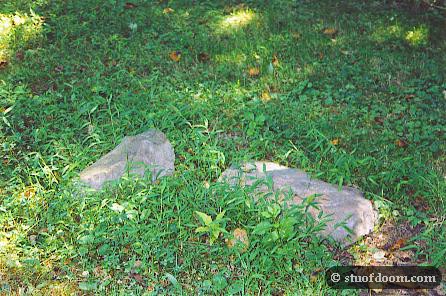 The “Witch Stone”. This is in the cemetery near Walpack, back in the far left corner. From what I hear, an alleged witch is buried in the spot, and she was given a plain stone because she didn’t deserve to have her name remembered. I don’t know if it’s true or not, but it sure makes you wonder why 2 large rocks are in the back corner of a graveyard.