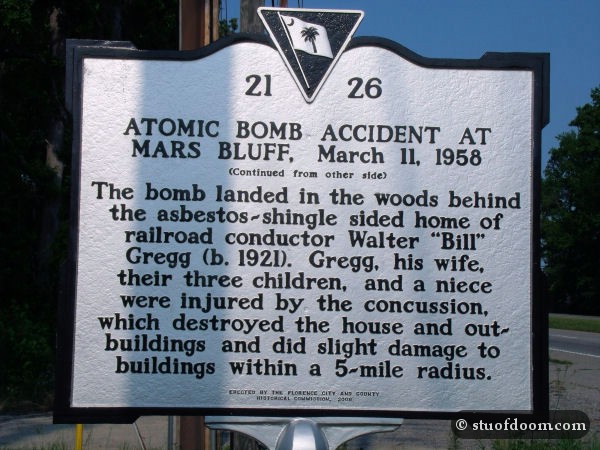 Another find due to geocaching.  I wanted to make a day trip out of our visit to South of the Border, and I happened to notice this oddity was just outside Florence.

On March 11, 1958, an Air Force pilot heading to England accidentally dropped a bomb on the community of Mars Bluff.  Nobody was killed, but the home of Walter Gregg was leveled, and some of his family members were hurt in the blast.  Although often referred to as an “atomic” bomb blast, the nuclear core of this bomb was thankfully not in it when it was dropped.

Getting to the bomb crater site was rather tricky.  We had to park in an abandoned trailer park, which had several uncovered manholes on its “roads.”  An overgrown path first led to the foundation of the destroyed home and then to the bomb site.  We were surprised to see the site is somewhat maintained, complete with a wooden replica of the bomb and a board with information about the incident. 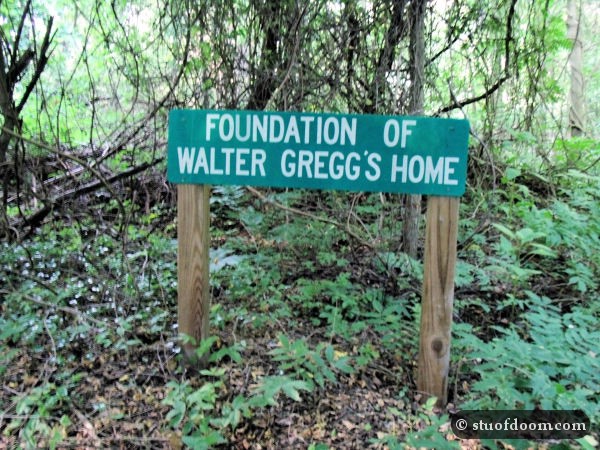 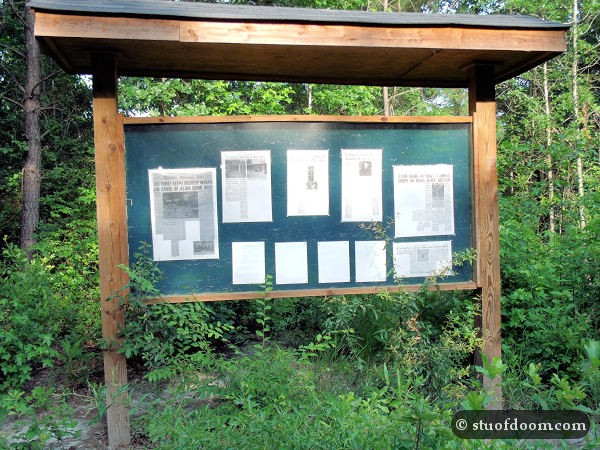 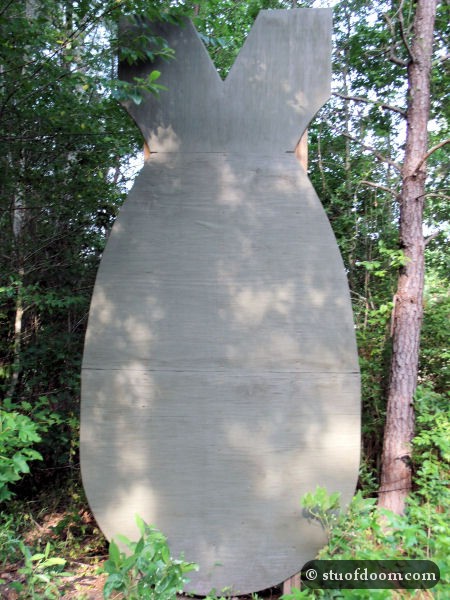 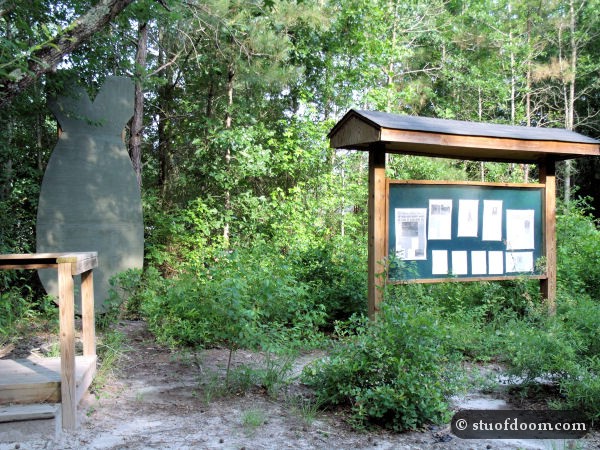 The bomb crater itself was not exactly what I was expecting.  It’s only a few feet deep and looks more like a nearly empty pond than the site of a large explosion.  It has been more than 50 years, though, and nature is beginning to reclaim the blast site. 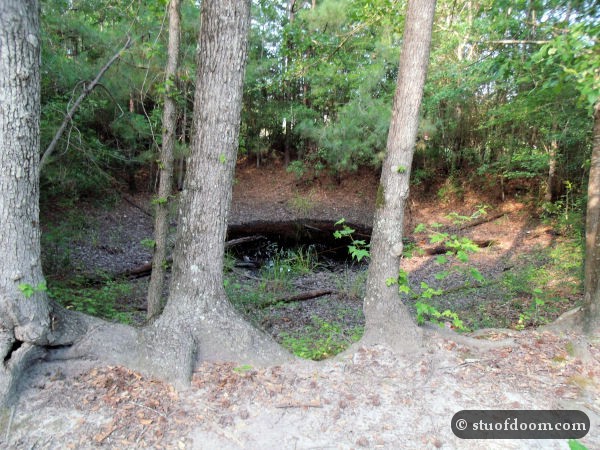 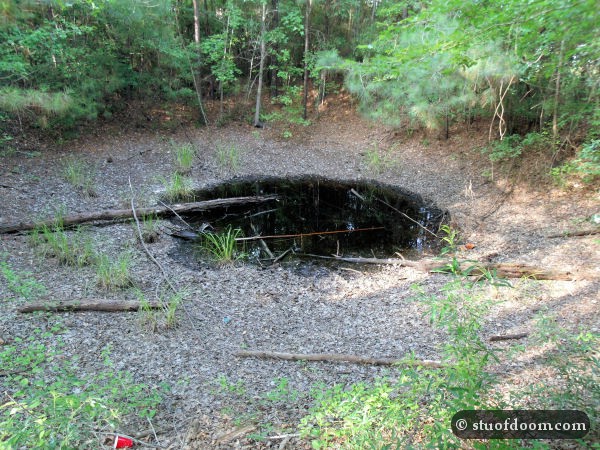 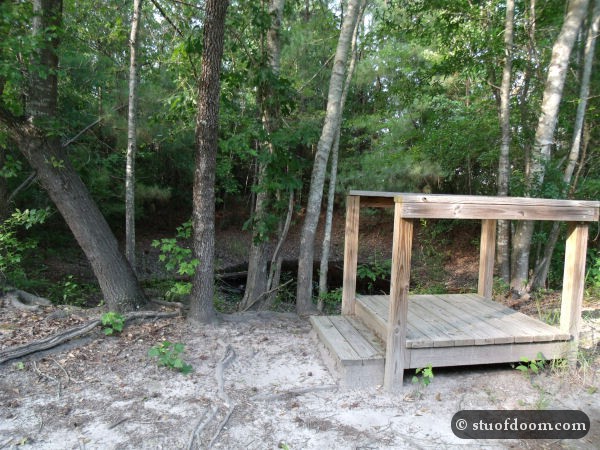