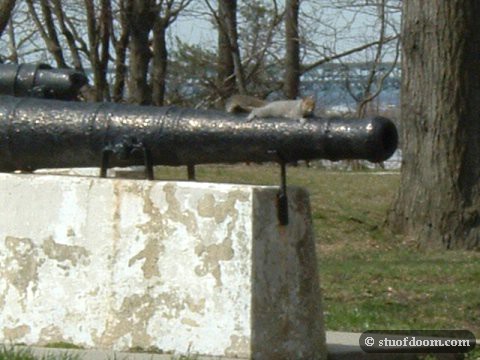 I recently read about a little-known battlefield along the Delaware. After learning some of the history and reading that ruins from the fort could be found in the park, I decided to visit. The name itself shows just how few people know of the place, at least on this side of the state. Most I asked thought I meant the the town of Red Bank in Monmouth County and told me I meant Monmouth Battlefield. This particular Red Bank is in Gloucester County, just down the river from Philadelphia.

Fort Mercer was attacked by Hessians on October 22, 1777. The Americans, led by Col. Christopher Greene, were heavily outnumbered yet managed to not only defend the fort, but defeat their opponents. This battle was a major morale booster for American troops, so it puzzles me as to why it’s virtually unknown.

In all honesty, there isn’t much to the park. There are a row of old mile markers from the 1700’s, which we mistook for graves at first. A house where wounded Hessians were treated, the Whitall House, has been preserved and now serves as a museum. There are cannons, at least some of which are authentic. The ‘ruins’ of Fort Mercer, sadly, are nothing more than the fort’s outline (which is just a 2-3 ft. deep trench) and 2 cornerstones. Not as exciting of a place as I had hoped, but it was a lesson in unknown history. 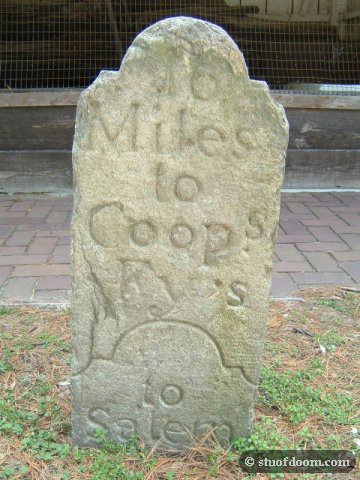 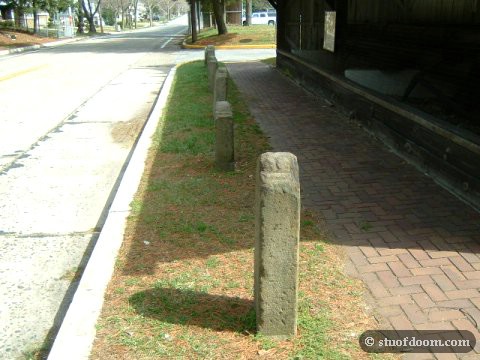 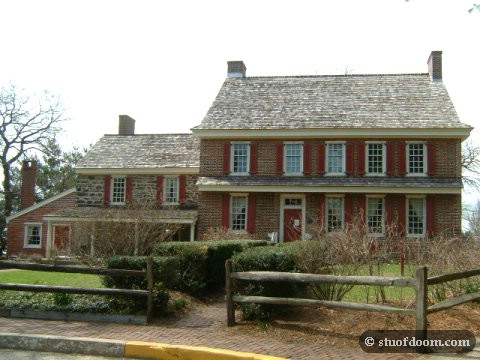 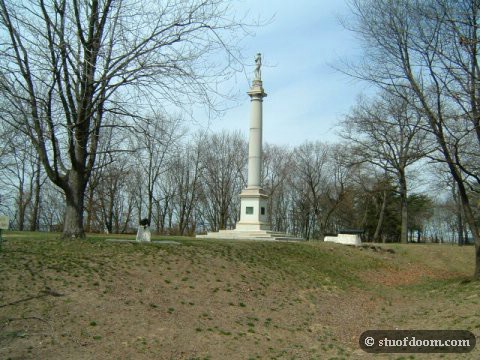 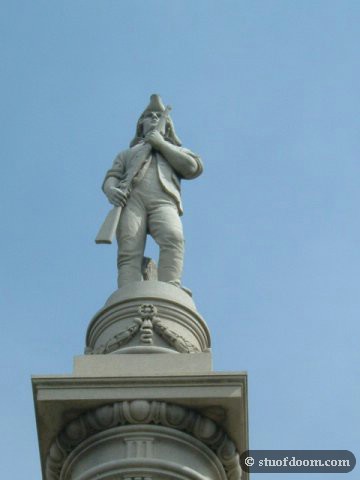 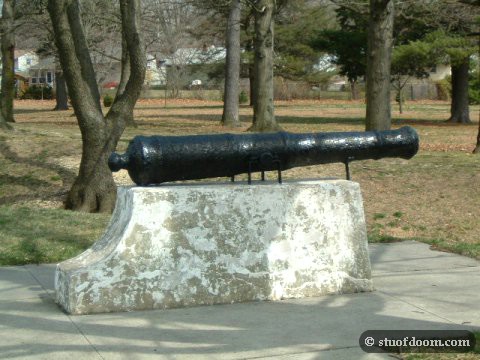 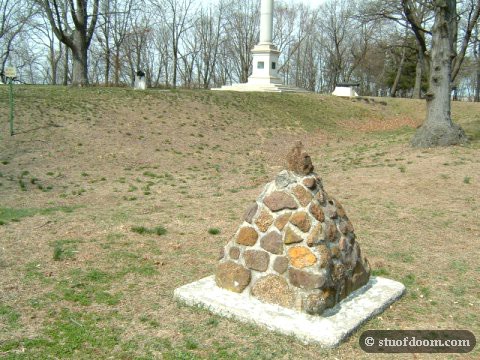 One of the cornerstones. 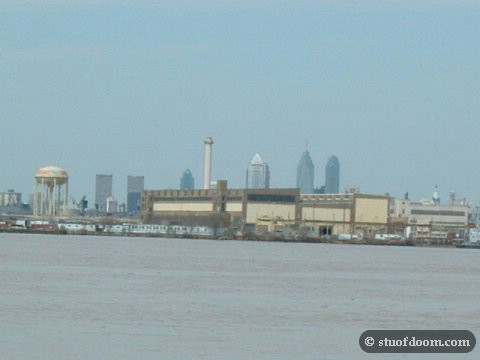 Near the back of the park we found a monument which was fenced off. Turns out this was the original monument which marked the battlefield. It was placed Oct. 22, 1829, 52 years to the day after the battle. 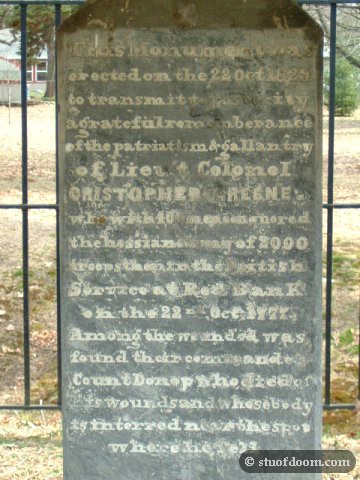 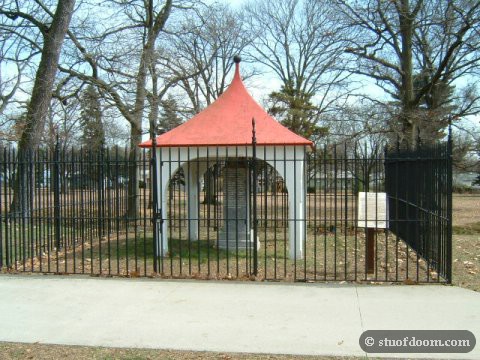 One final note: the water is disgusting. The park is right on the River, and the amount of trash washed up on the shore is sickening. I’ve been to quite a few waterfront places, and this one is the dirtiest I’ve seen yet.