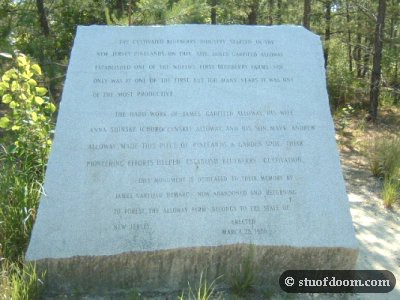 How I’ve not seen or heard about this place sooner I don’t know, since it’s just up the road a bit from Friendship. This rock, which dwarfs the nearby Carranza Monument (not in height but overall size) is off the “main road” that runs through the ruins of Friendship and is surrounded by foundations. This marker, placed in 1986, indicates the site New Jersey’s first blueberry farm, and possibly one of the first in the world.
This isn’t something that the average adventurer would be interested in, but it is a piece of piney history. I like this place because I’m tired of hearing about the Carranza Memorial; it’s not all that great. At least this one has ruins.
I was lucky to find out about this place. I was showing Dawe the grave of Charles Wills, and we saw a few other people were there. A woman told us she had a book about ghost towns coming out in September, and another person in the group was with a newspaper….which one, I forget. We talked for a few minutes about various Pines ghost towns, and she brought up Alloway’s Rock. She told me how to get to it and off we went. 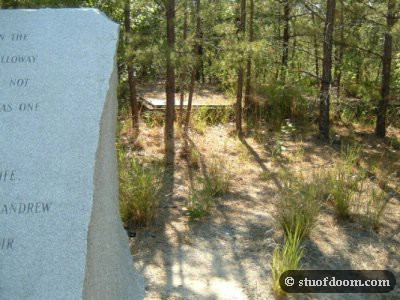 Foundation behind the marker 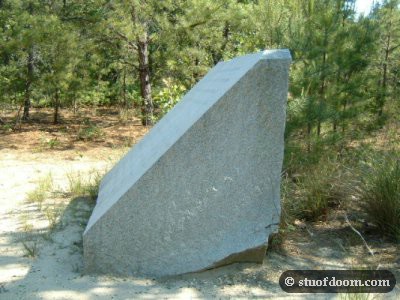 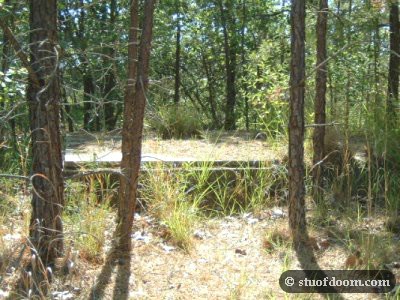 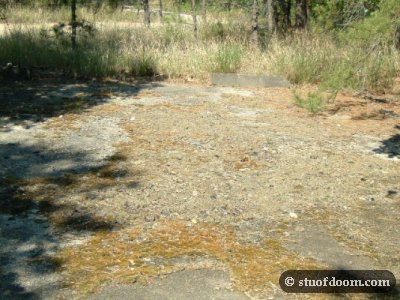 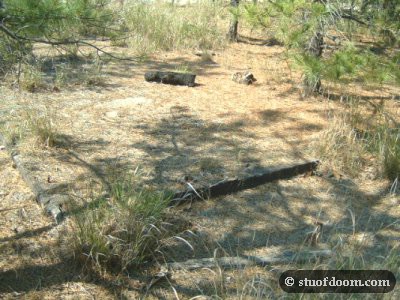 For those with interest, the rock says:

The cultivated blueberry industry started in the New Jersey Pinelands. On this site, James Garfield Alloway established one of the world’s first blueberry farms. Not only was it one of the first, but for many years it was one of the most productive.

This monument is dedicated to their memory by James Garfield DeMarco. Now abandoned and returning to forest, the Alloway Farm belongs to the State of New Jersey.