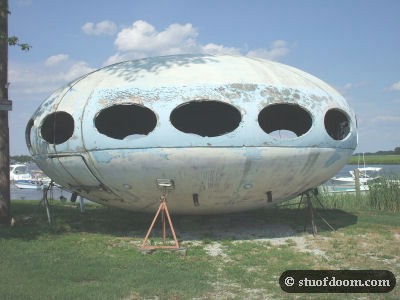 After finding the Futuro House near Rancocas, I learned there was a second in Greenwich – the same town where the Tea Party Monument is. This one was much more like the one I remembered seeing in Seaside so many years ago; for starters, it’s much bigger than the other one I found. It also doesn’t have any add-on doors – just the hatch, which is now closed due to a cable being wrapped around the house.

This particular Futuro as I’ve been told was originally part of a Planet of the Apes ride in Wildwood sometime in the 70’s. It now sits in front of a marina and restaurant, both owned by the man who bought it, and was supposed to have been turned into a gift shop or office of some sort. It still sits unused and in need of some repair. You can still see some of the paint on its windows from when it was a ride. It seems the only ones getting any use out of it are the birds living in it.

This site has some photos of the building when it was on Morey’s Pier however long ago. 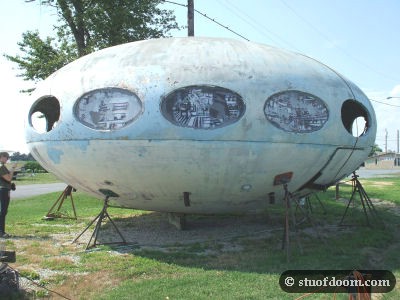 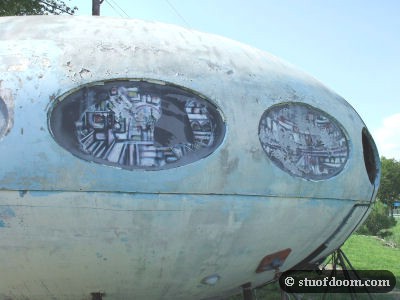 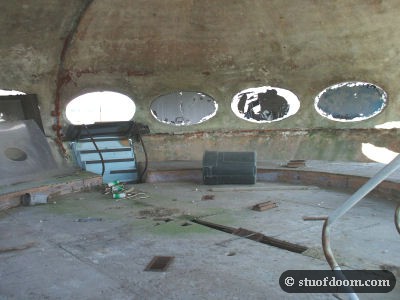