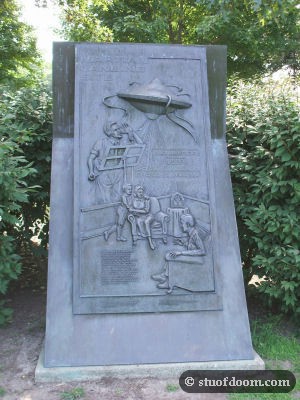 Most people have heard of the “War of the Worlds” broadcast that caused the nation to panic back on October 30, 1938. Millions of people heard the live broadcast, performed by Orson Welles, describing Martians first landing and beginning their invasion in Grover’s Mill, and sadly many really believed the world was being invaded by aliens. 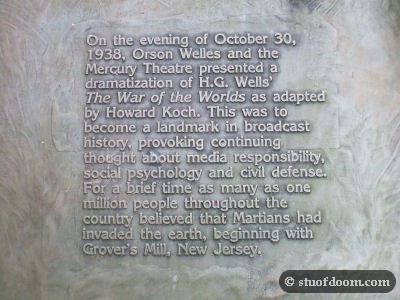 The monument is located in a small park – Van Nest Park – and pictures Mr. Welles, a UFO, and a family listening to the radio, terrified. 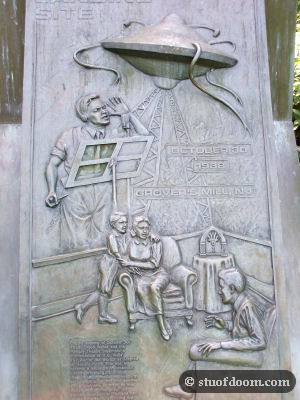 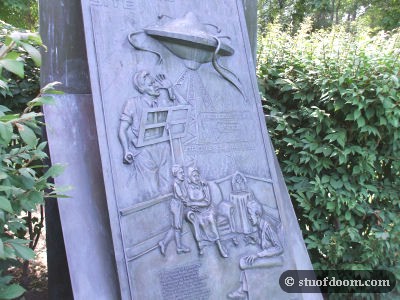