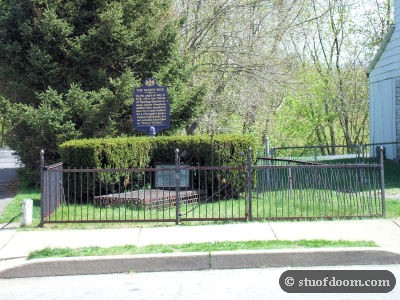 Interesting bit of Revolution history here that I never saw in any text book. And, just like the Matlack Grave, it’s wedged in between 2 houses. Too bad there’s grating over the rock; from what I hear, it’s there to stop people from chipping away at it.

On July 3, 1778, just after the Battle of Wyoming, Queen Esther Montour reportedly smashed the heads of about a dozen US soldiers on this rock. “Queen” Esther was most likely not a queen; Native Americans generally didn’t have such a hierarchy. Chances are good Esther was not full-blooded Indian anyway; it’s suggested she was half. 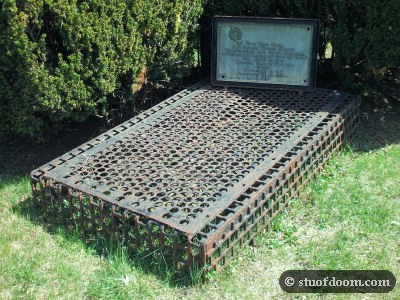 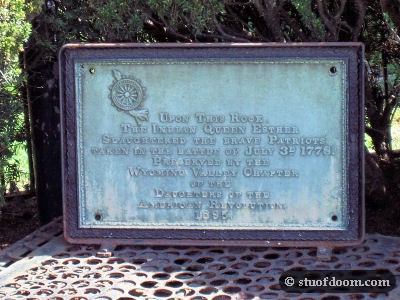 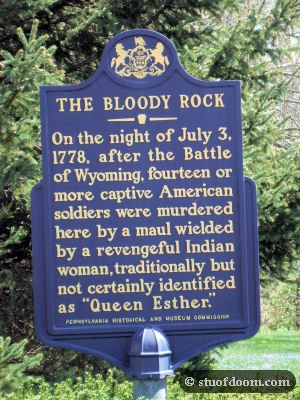 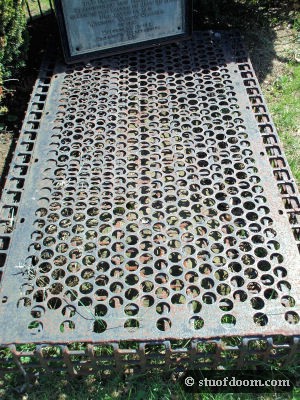