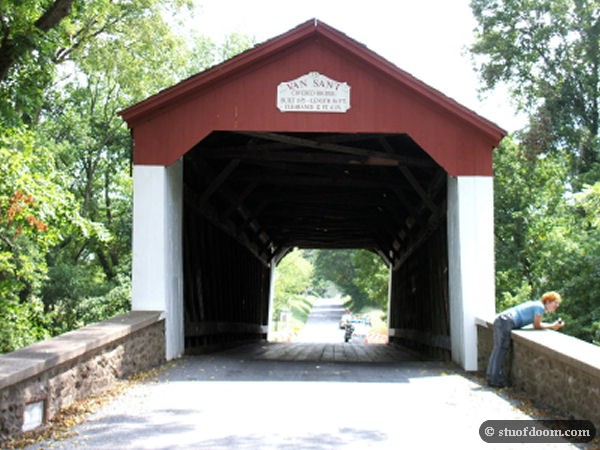 It’s no secret I like covered bridges. Whenever I come across one, I tend to post it. This one, however, is a special case, at least according to folklore. For years I have heard of “crybaby bridges” – haunted bridges, usually covered, where you can hear crying. The crying is usually either a baby or its mother, sometimes both. There are many crybaby bridge story variations, but they all end up with either the baby or the mother getting tossed from the bridge. The mother may toss an unwanted baby from the bridge. The mother may jump off herself after a miscarriage or unwanted pregnancy. The list goes on.

Anyway, this particular bridge is considered one of the originals, if not the first “crybaby” bridge. It has a lot of stories attached to it and has become a popular hangout over the years. In fact, it’s illegal to be there at night, due to the high level of vandalism the bridge has endured. 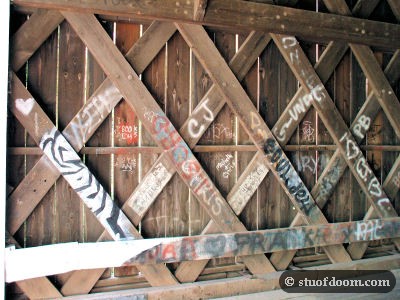 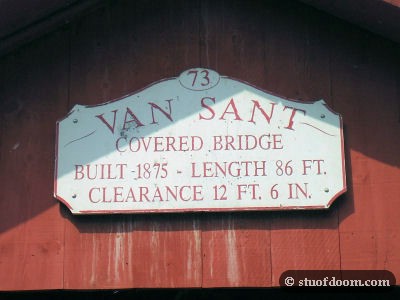 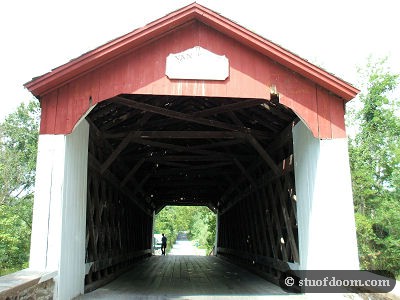 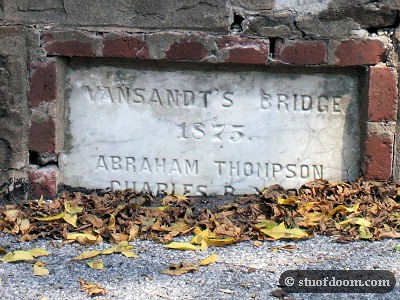 I’d like to point out that while I was there, I saw or heard nothing unusual, other than the bridge being slightly crooked. There were also a few construction guys working on the road around the bridge. Maybe ghosts don’t like bright orange. 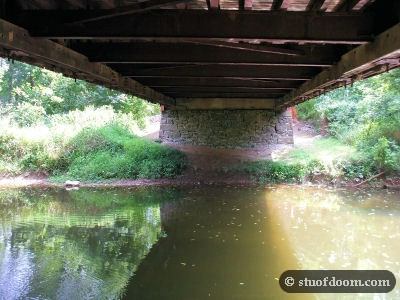 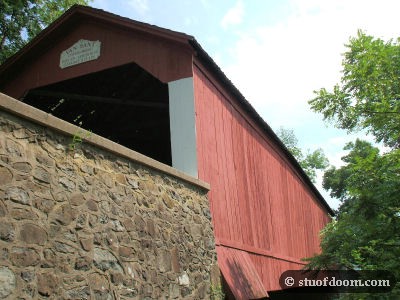 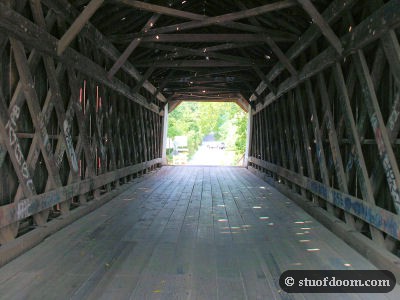