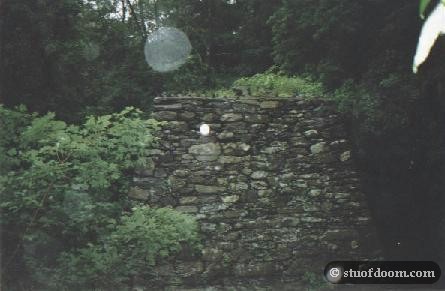 Clinton Road sucks. Basically, it’s a road with an old furnace (which has been called such ridiculous things as a Druid Pyramid), a bridge with some stories tied to it, and a hairpin turn of doom. Black pickups (I’m assuming the same black pickups that are condemned to patrol Indian Cabin Road for all eternity) are supposed to chase people on the road. I honestly don’t see the hype behind this road. It’s slightly cooler than Mt. Misery Road. Maybe.
Here’s another pic of the……….dun dun duuuuuuuuuuuuuuuuun………Druid Pyramid! OMG ph33r! And for the people who are gonna write in saying that Clinton Road’s mad haunted……those are rain drops in the pics, not orbs. 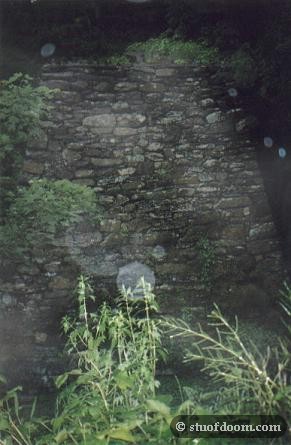 The only semi-interesting story behind Clinton Road is the bridge ghost story. Supposedly, a boy died from falling off the bridge, or slipped on the rocks, or killed himself. Not too sure how, but somehow the lil’ bugger ended up in the water. The story says if you throw change off the bridge, he’s supposed to throw it back up to you. I thought that was neat. Of course this was right when John slipped on the rocks and almost broke my camera. So it wasn’t neat for too long. 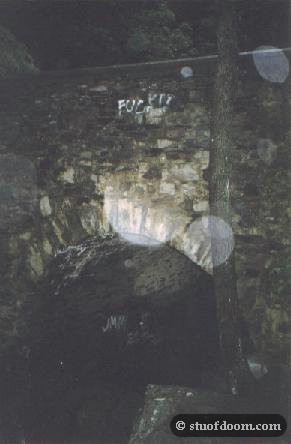