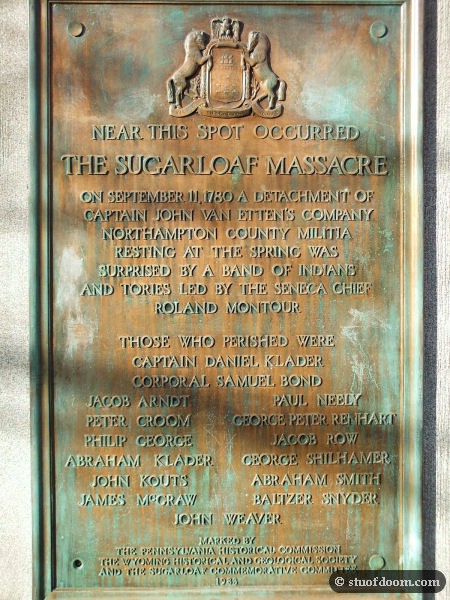 Found along Walnut Avenue in Conyngham is a small, seemingly overlooked Revolution-era monument. Near this site on September 11, 1780, Captain Daniel Klader and his men were ambushed and slaughtered by a group of Tories and Seneca. Chief Roland Montour was also among the mob.
That Montour name sound familiar? It should. Just 2 years earlier, his sister-in-law started a massacre of her own. 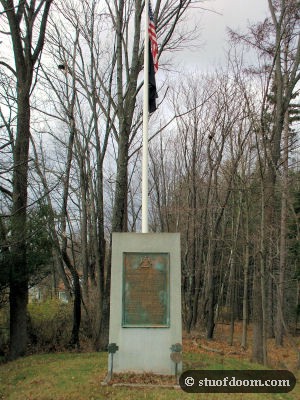 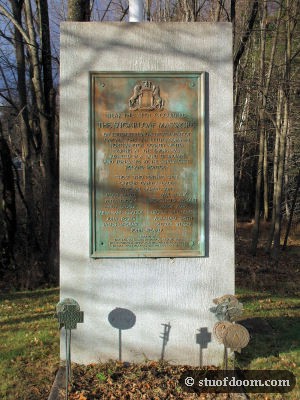 So the monument itself is pretty boring, you probably think. I, to an extent, agree. Good thing there’s more.

There is a very small trail behind the marker leading into the woods. The trail goes perilously close to a house and I was initially hesitant to follow it. Good thing I did, because at its end is Danny. 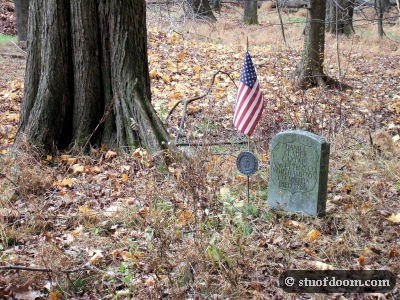 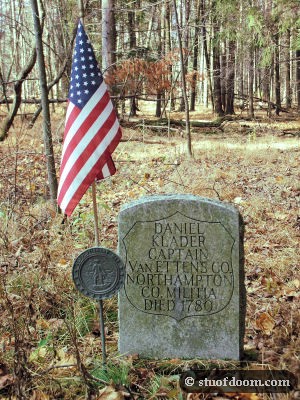 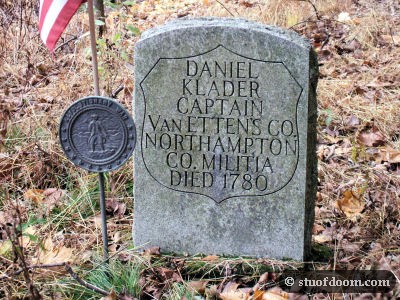 The rest of his men are supposed to be buried nearby. This was the only stone I saw though.