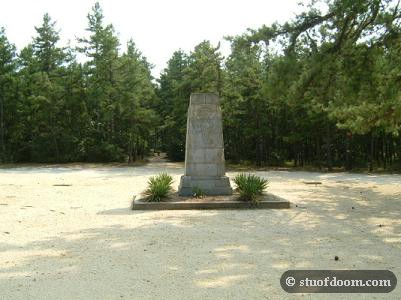 I had wanted to put together some sort of trip for quite some time, but due to my extreme shyness and lack of order, I never really got around to it. I usually don’t plan out my trips; I just leave and hope I see what I set out to see. I didn’t even have a campground picked out until the day of the trip.
I had quite a few board members prod me, so I randomly picked out a weekend and hoped it’d work out for everyone. I also put together a list of roughly 20 places that were in or near the Pines that I thought were interesting enough to warrant a visit. This list was quickly whittled down to about half for a number of reasons: distance; chance of being flooded; lack of parking space (some Pines places just aren’t meant for groups); and some are just plain boring.

The day of the trip rolled around, and the group size went from roughly 20 people down to 10. Eight of us met up at the Batsto office to get our camping permits; the other 2 would come later. It was there I finally decided on a camping site – Godfrey Bridge, a place I passed by several times during my trips in the Pines.
Initially, our first stop was to have been the Circus Drive-In. Unfortunately, we forgot just where it was and ended up going the wrong way on the White Horse Pike. Luckily, Annie remembered where Winslow Junction was, so that became our first stop of the day. A blue convertible followed us up and down the road 3 times, apparently thinking we were there to vandalize the trains in broad daylight. We found out a few minutes later it was a worker at the station. I guess they realized we weren’t a threat and finally went in the office.

On the way to our next stop, Hermann City, we saw Rt. 542 was blocked off. We didn’t know why; we had just driven down it maybe an hour before. We had to take a very, very long detour, which thankfully took us right to the parking area for the ghost town. We met the rest of our group there and learned what happened – a motorcyclist tried passing 2 cars and instead crashed head first into a Jeep; the biker was killed. I don’t know about the rest of the group, but I felt very odd that this happened not long after we went down the same road. 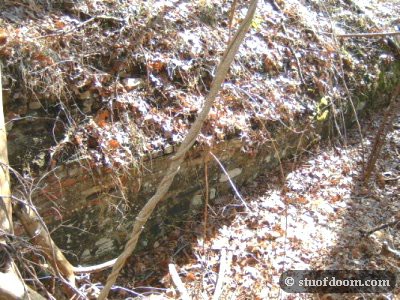 After poking around the town ruins, we decided to start heading toward camp, since we had about 2 hours of daylight left. The grave of Charles Wills was on the way, as was the ghost town of Friendship, so we quickly stopped at both before heading to Godfrey Bridge.
We had rented 3 tent sites, so we split up into our respective groups and set up camp. I was surprised how fast my bunch got the tents up.
It was your typical night – staying up way later than it feels, making smores, etc…except it was unusually cold, and this pain in the ass whip-poor-will kept us up much of the night. I shared my tent with 2 chicks. I’m just that hardcore.

Sunday started out somewhat badly. There was a narrow path in our campsite where I parked the truck. I didn’t notice the night before, but there were 3 small stumps along it, and somehow I managed to miss them when I parked the truck. So I tried maneuvering around them. The combination of that and having too much crap piled in the back and blocking the back window led to disaster – I backed into a tree, smashed the entire back window, and dented the gate so badly it wouldn’t open. Not a good way to start the day. We picked up the glass and left camp.

First stop of the day was Sibbel Shaler’s grave – 2 other kids were there. One asked about the grave, and after summing up its history & stories, the kid said “dude do you read Weird NJ?” or something equally idiotic. I wanted to punch him.
Up next was Weymouth Furnace, which was more of a ride than I remembered. There, the group split in 2 and each went its separate way; three continued south and west to see some other things; the rest of us started to head home, mostly because we were worried about driving around with no window. I quickly stopped by the Carranza Memorial, because, surprisingly, there were some among us who had never seen it. After that my brother and his friends left, so we were down to 4. I decided to show a coworker Brooksbrae before taking her home, so that was the last stop of the trip. 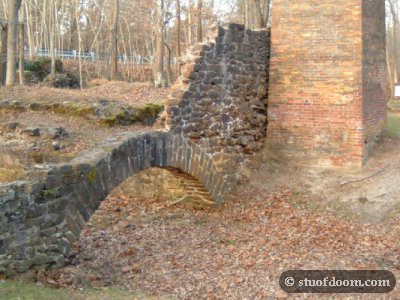 Overall, it was a fun time, other than the truck fiasco. I didn’t really care afterward anyway; a few days later I bought a 2007 Yaris and had the truck junked. It had too many problems before the trip, and the backing up incident was just the last straw. To be honest, I’m surprised it survived the whole 270+ mile trip. 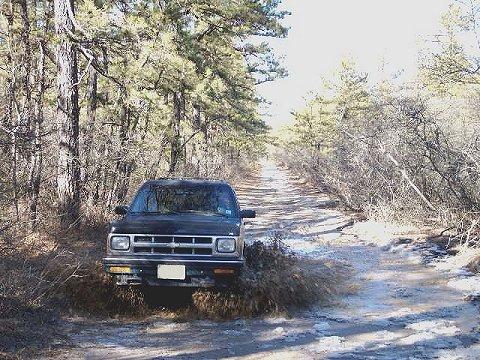 This truck is probably rusting away somewhere now…..and rightfully so.